Back to What's On

On August 18th 2011, in response to the UK riots and after a chance encounter in a post office, Bernadette Russell embarked on a reckless mission to be kind to a stranger every single day for a year. This show, part stand up, part storytelling, charts this amazing year, which began with burning buildings, and ended with the flame of the Olympic torch. It attempts to answer the question: “is it possible to change the world just by being kind?”

You might laugh. You may cry. You could win one million pounds (really).

Box office: Call in to purchase tickets over the counter or email: heysham.library@lancashire.gov.uk
If you have an enquiry about the show, Spot On HQ can help: 01254 660360
Tickets: £8 Each

Bernadette is a storyteller and author of non-fiction for adults and children. She has created work for the Royal Albert Hall and National Theatre amongst many others. This show is part of Inn Crowd, a project bringing live literature to pubs and premises with a licence. 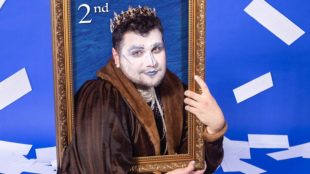