Back to What's On

‘Marley was dead: to begin with. There is no doubt whatever about that.’

“Oh no he wasn’t! Bah! Dead? Humbug, Mr Dickens! Dead? As sure as the clothes moths in my wardrobe have be-shredded my best nightcap, Marley was not dead but rather sitting on some sun-soaked, off-shore beach squandering all the hard-earned money that he had so fraudulently embezzled from my firm over the years! Dead? Bah!

You know nothing Mr Dickens! YOU are a fraud sir – an embezzler of the truth! A fake news-smith! A charlatan… Charlatan Dickens! Bah!”

In this revelatory exclusive, Ebeneezer Scrooge opens his diary to expose the awful truth about Tiny Tim, the Fezziwigs, Jacob Marley… and that disgustingly jolly, gluttonous, consumer-driven Ghost of Christmas Present… as he reveals the truth behind a Christmas Carol and the vengeful, slanderous, upstart author of that novel.

It’s Scrooge but not as you might have seen him portrayed before! Why not ruin someone’s Christmas and buy them a ticket as an early present!

Box office: The event is nearly sold out call in to purchase tickets over the counter
If you have an enquiry about the show, Spot On HQ can help: 01254 660360 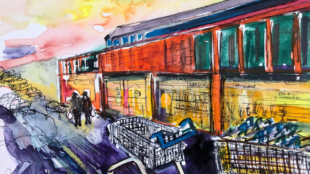